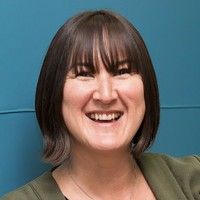 Susanna has been involved in vocational education and apprenticeships for over 2 decades having started her career as a carer in nursing homes and completing her NVQ2 in Care. Seeing huge inefficiencies in the delivery of vocational training Susanna co-founded edtech solution OneFile 16years ago with her partner from their back bedroom in Manchester. OneFile has transformed the delivery of funded training and is the platform of choice for over 700 colleges, training providers, universities and employers with over 1.2m users. A third of the UK's police forces use OneFile,  corporates such as Toni and Guy and Spec Savers are also direct customers.

OneFile has grown to a team of over 80, was awarded the Queens Award for Innovation and Susanna was named Outstanding Business Woman of the Year by Forward Ladies/HSBC.

Last year Susanna and her co-founder sold OneFile to Constellation, the 2nd largest tech company in Canada but remains in the sector she loves as an expert and ambassador. She is also passionate about EDI and advises on several advisory panels including World Skills UK and Manchester Metropolitan University.